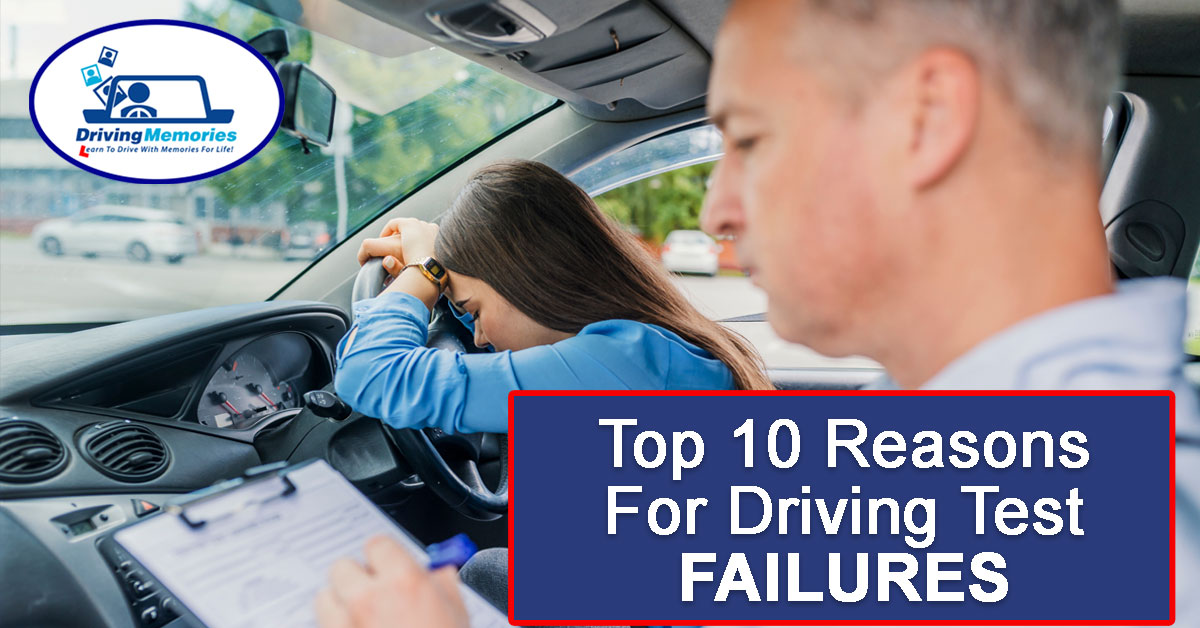 The body which regulates all driving instructors in the UK (including ourselves) – the Driver & Vehicle Standards Agency (DVSA) – has released the latest set of figures (July 2019) giving the top ten reasons people fail their practical driving test. (Source)

The figures cover the 12-month period between 4th December 2017 and 3rd December 2018, the latest period for which statistics are available.

Here are those top 10 reasons for a driving test fail:

Save £30 with our
Introductory Offer
Pay for 5 hours of
driving lessons,
get the 6th hour
FREE

As a driving school in the Borehamwood area, there are a number of challenging roundabouts for our pupils to conquer – so we have seen ourselves that observation at junctions is sometimes the reason for our (infrequent) test failures.

Give or take, around 349,000 people passed the driving test last year. That’s a lot of extra cars on the road!

18,922 people passed their practical driving test with zero faults during that time period. That’s a zero-fault pass rate of just 1.114%, or basically one in a hundred.

So if you passed your driving test last year with zero faults, you are in the top 1%.

The overall driving test pass rate at our local DTC, Borehamwood Driving Test Centre, was 50.8% for the same period, which is significantly higher than the national pass rate.

The male pass rate for the driving test at Borehamwood DTC was 54.1%.

The female pass rate for the driving test at Borehamwood DTC 47.1%

The male pass rate fell from 50% in the previous year.

We also find that over 100,000 more females took the driving test than males.

So Borehamwood has a pass rate way above the national pass rate. Driving instructors in Borehamwood must be doing something right….

According to ADI News, “insufficient observation at junctions and not using mirrors effectively when changing direction accounted for 368,047 test failures.”

Mark Winn, the Chief Driving Examiner, told ADI News,“It’s vital that learners can drive safely and have the skills to drive on all types of roads before taking their test. The driving test helps get drivers ready for a lifetime of safe driving and makes our roads safer for all.

“Failing to look properly at junctions is the most common serious or dangerous test fault and the largest cause of accidents in Britain. Good observation, including proper use of mirrors, is a crucial skill that drivers must learn.”

Save £30 with our
Introductory Offer
Pay for 5 hours of
driving lessons,
get the 6th hour
FREE
:

Do You Need Driving Lessons?

When you learn to drive with Alec at Driving Memories Driving School, we can promise that you will have fun and learn at the pace that's right for you.

And we promise that when you're older, you'll have fond memories of learning to drive.

You're going to spend a substantial amount of time with your driving instructor. You deserve to have a fun and memorable experience. With Driving Memories, that's what you'll get.

But don't take our word for it - the testimonials from our previous pupils back this up.

So don't shop around for a driving instructor. You've already found the best you can get.

Save £35 with our
Introductory Offer.
Pay for 5 hours of
driving lessons,
get the 6th hour
FREE 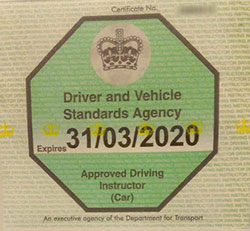 Save £30 with our
Introductory Offer.
Pay for 5 hours of
driving lessons,
get the 6th hour
FREE

We use cookies to ensure that we give you the best experience on our website. If you continue to use this site we will assume that you are happy with it.OkPrivacy policy